Hydroxyzine is a derivative of biphenylmethane that is chemically unrelated to phenothiazines, reserve, meprobamate or benzodiazepines.

It does not depress the cerebral cortex, but its action may be related to the suppression of some key areas of the subcortical central nervous system (CNS).

It also has H1-histaminoblocking, bronchodilating and anti-emetic effects. In therapeutic doses does not increase gastric secretion or acidity, has a moderate inhibition of gastric secretion. Hydroxysine effectively reduces itching in patients with hives, eczema and dermatitis. In liver failure H1-histaminoblocking effect can be prolonged up to 96 hours after a single administration.

Polysomnography in patients with insomnia and anxiety demonstrates prolonged sleep duration, reduced frequency of night awakenings after a single or repeated use of hydroxysine in a dose of 50 mg. Decrease in muscle tension in patients with anxiety is noted when taking hydroxysine in a dose of 50 mg 3 times a day. It does not cause mental addiction and addiction. No memory disturbances were noted in hydroxysine overdose use. In long-term use, there was no syndrome of "withdrawal" and deterioration of cognitive functions.

It has antispasmodic and sympatholytic effects, shows weak affinity to muscarinic receptors. Has a moderate analgesic effect.

Bioavailability at ingestion is 80%.

Hydroxysine is more concentrated in tissues than in plasma. The distribution coefficient is 7-16 l/kg in adults. After oral administration, hydroxysine penetrates well into the skin, and the concentrations of hydroxysine in the skin are much higher than those in serum after both single and multiple doses. Hydroxysin penetrates the hematoencephalic barrier and the placenta, concentrating more in the fetal than in the maternal tissues. Metabolites are found in breast milk. 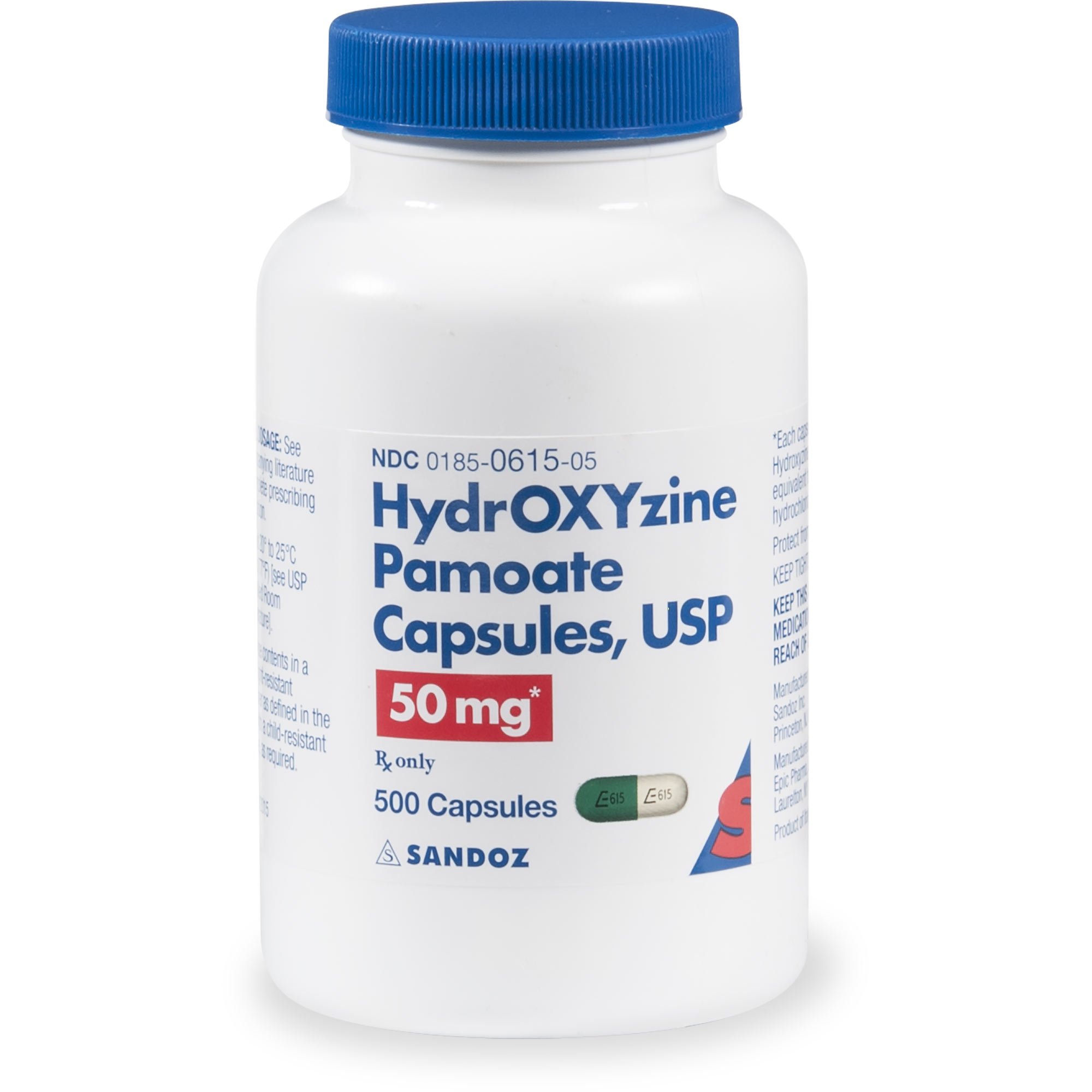 Pharmacokinetics in separate groups of patients

In elderly patients, T1/2 was 29 hours, the volume of distribution - 22.5 l / kg. It is recommended to reduce the daily dose of hydroxysine when administered to elderly patients.

In patients with secondary liver dysfunction due to primary biliary cirrhosis, total clearance was approximately 66% of the value recorded in healthy volunteers. 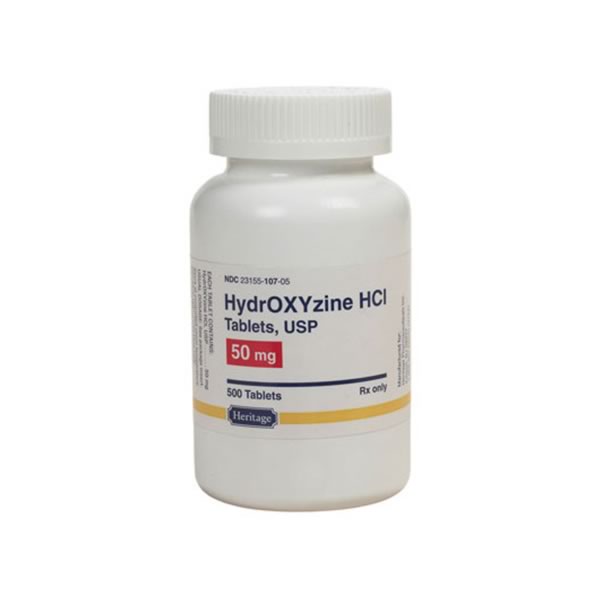 Hemodialysis is ineffective for removing this metabolite. To avoid any significant accumulation of cetyrizine metabolite after repeated use of hydroxysine, the daily dose of hydroxysine should be reduced in patients with impaired renal function.